Kuhnhein elected as newest Board of Education member 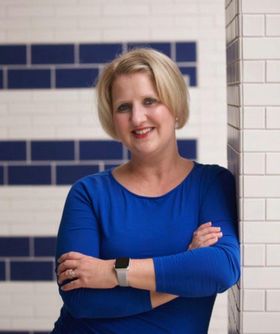 Julie Kuhnhein was recently elected as the newest Board of Education member.

On November 3, 2020, many Americans kept a close eye on the electoral map for the presidential race. Fort Thomas resident Julie Kuhnhein kept a close eye on a different vote count. She watched for Fort Thomas Independent Schools (FTIS) School Board votes. Kuhnhein was up against two incumbents, and though nervous, she stayed positive about what the results would be.

Kuhnhein’s positivity throughout the day and the entire campaign helped her to get the most votes out of all three candidates running. Though the election was extremely close, she received 5,064 votes, 36% of the votes cast.

About a decade ago, Chris Kuhnhein, Kuhnhein’s husband, threw around the idea of running for School Board. However, as he and Kuhnhein talked about it, they realized that she would make a better Board member.

“That brief flirtation allowed us to conclude that [Kuhnhein] was considerably more qualified to serve on the Board than I ever would be (I’m a business lawyer).”

However, at the time, Kuhnhein was a teacher at Highlands High School, making her ineligible to run.  Now, as an administrator at a near-by school, Campbell County High School, with two children in the FTIS school district, she is able to run.

Last fall, Kuhnhein officially announced to her friends and family that she would be running for School Board in 2020. She felt that being on the School Board was the best way she could help the community.

“I felt that might be the best way to help the students and the teachers in the community was in Board service.”

Since then, Kuhnhein worked to get her name out in the community and help people know that she cares about their opinions.

Julie Sarakatsannis, a close friend of Kuhnhein who has been involved in the schools with Kuhnhein for several years, said, “She placed signs around Ft Thomas. She held meet and greets at Grassroots and Vine so people could get to know her and her vision for FTIS. She shared her views on social media.”

Kuhnhein’s main goal in her campaign was name recognition. Because she was running against current Board members, she knew she would have to do extra work to make sure people knew who she was. She also wanted to help people feel heard.

“I wanted to make a point that I would talk to and speak with people in the community, and especially people I hadn’t met yet, so I definitely had the chance to do that.”

Kuhnhein received a lot of support. She got encouragement from her family, her husband’s family, her friends, teachers who she used to teach with at Highlands, and even former students.

Kuhnhein said, “What was the coolest part were my former students who moved back to Fort Thomas to start their families, my first group graduated in 2002, so they are here, and hearing from them, and getting support from them, has been great.”

On the day of the election, Kuhnhein kept a close eye on the votes. She could see that she was ahead, but she didn’t want to get her hopes up. Once she found out that she had not only been elected but also received the most votes out of the three candidates, she was “incredibly excited and humbled.”

After the original shock and excitement of being elected as a School Board member, Kuhnhein shifted her focus to all of the hard work she would be doing. She knows that, in the past, the Board has done lots of work for the district and she wants to help maintain that. She also wants to make sure that she and the rest of the School Board can do the right thing for the community and all of the students.

Not only does her current job in the Campbell County School District give her experience as an administrator and with Board meetings, but it also helps her bring a fresh perspective. While she acknowledges that our school district is incredibly successful, she also thinks the district frequently isolates itself.

Kuhnhein said, “I love this community, and I’m here, my husband and my family, we’re here for a reason, but sometimes, I do think we don’t always look outside to consider what’s happening around us, and what we could learn from that.”

Not only does she bring a fresh perspective and education background, but she has also experienced and is still experiencing first-hand how the School Board affects the students and parents in the district. She is one of only two Board members who have children in the district.

Kuhnhein has a deep passion for education and helping improve the community. She is excited to have the chance to do so on the School Board. After being in the audience during so many Board meetings, she is looking forward to being in a Board member’s chair and helping the FTIS school district.

Jeff Beach re-elected to Board of Education for fifth term 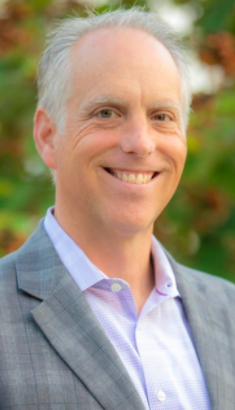 Jeff Beach was recently re-elected to the Board of Education. He will be serving his fifth term.

The day of the election was Jeff Beach’s daughter’s birthday, so he took off work to spend time with his family before the election. Around 5:00 P.M., he and his family drove around and put up signs for extra support as they waited for the results.

On November 3, Beach was re-elected to the Fort Thomas Independent Schools Board of Education.

“I found the school system was in need of leadership to improve our facilities and raise teacher salaries, and that was my first platform,” he said.

One of Beach’s favorite parts about being a board member is seeing the accomplishments of students and the people around him.

“[I am] proud we have focused on providing the best experiences possible. We’re always looking for ways to improve.”

In running again, Beach wanted to take leadership in order to project some ideas to the school board and work on improving the system with other people. There are still some things that Beach still wants to accomplish before the end of his time on the board.

“I want to see the schools continue to expand opportunities to students, like Launch. I also believe my experience can help navigate during the time of COVID[-19].”

Going through COVID-19 with his team was a tremendous challenge, but in the end, it brought the Board of Education closer together.

“As with any crisis, a team can fall apart or come together depending on its makeup. Our [Board of Education] has really come together to make sure we’re still providing the best education possible in this environment.”

Beach and his team have tried making balanced decisions in order to protect students and teachers from the virus. As of now, Beach thinks they made the right decision coming back to school in September.

“I know we made the right decision to return to school in September, but I also worry there could be exposure to our students and teachers.”

Beach wants to continue to provide the support needed to make sure students and the Fort Thomas Independent Schools district can be successful.