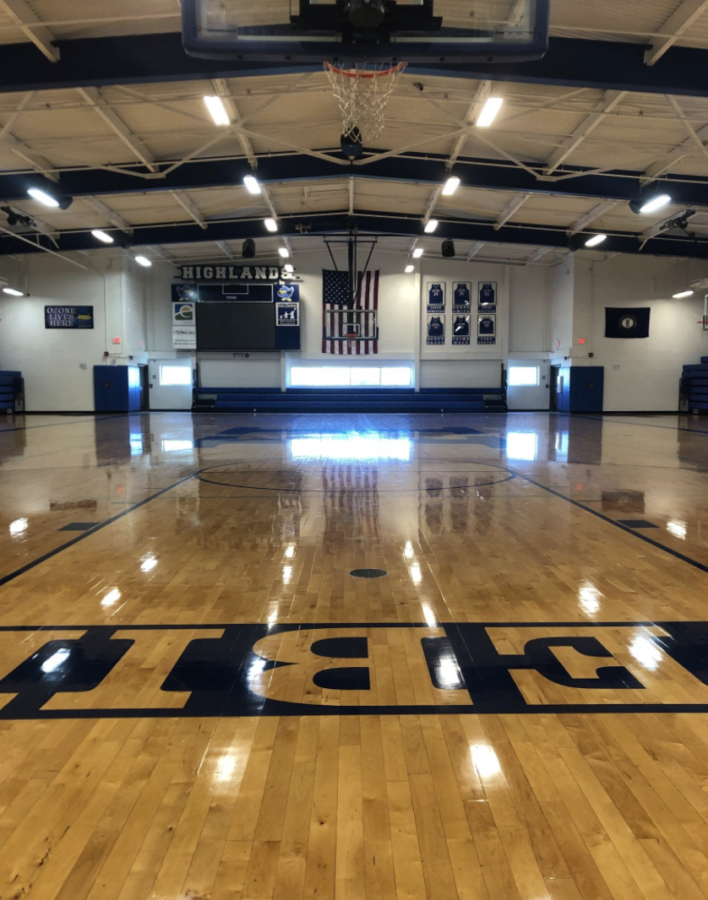 The Bluebirds had the ball, as the clock was winding down. They had never won a State Championship and hadn’t even come close since 1998.

And then, the buzzer went off.

The fans went crazy, and the players ran onto the court. All the work put in, all the late nights, and all the early mornings had finally paid off.

Now, five months later, the players are getting ready to run it back. After losing two huge players in 2021, alumni Sam Vinson and Luke Mueller, someone must fill their shoes.

“We have a good core of seniors. Obviously, Zach Barth, Leyton Read, Oliver Harris, Cole Kocher all played varsity minutes last year. Austin Duncan is another senior that’s going to step up for us.”

Along with the seniors, according to Listerman, there are some underclassmen who could provide big roles, such as Juniors Will Herald and state champions.

“We’ve got some underclassmen. Will Herald, we expect big things out of him, and we’ve got some other guys we’re thinking will step in there, Coby Kramer, Sam Robinson, and Adam Dunn. We’ve got a lot of guys who can bring things to the table for us.”

According to Listerman, Highlands has some major competitors this school year.

Junior Will Herald, who played a huge role on last year’s team, discussed his preparations for the upcoming 2021-2022 season.

“Just a lot of shooting, ball handling, getting to meet all the new incoming freshmen and sophomores. And keeping the streak of Highlands basketball being a legitimate competitor in the ninth region.”

According to Herald, then-seniors Luke Mueller and Sam Vinson impacted his game positively.

“They taught me just how to not be nervous before and during games. That’s the biggest part, especially last year as an underclassman. I never really got a chance to play in any games like that and they made it easier.”

With the anticipation and excitement at all-time highs going into next year, Herald noted some factors of motivation during the offseason.

“A lot of people believe that we’re gonna be bad this year, simply because we lost those two players. The whole motivation this summer was to prove we can still be just as good even though we don’t have those studs we had last year.”

The Birds will tip-off against Walton Verona High School on November 30 at 6 P.M on home court.