The resilience and persistence of a Ladybird 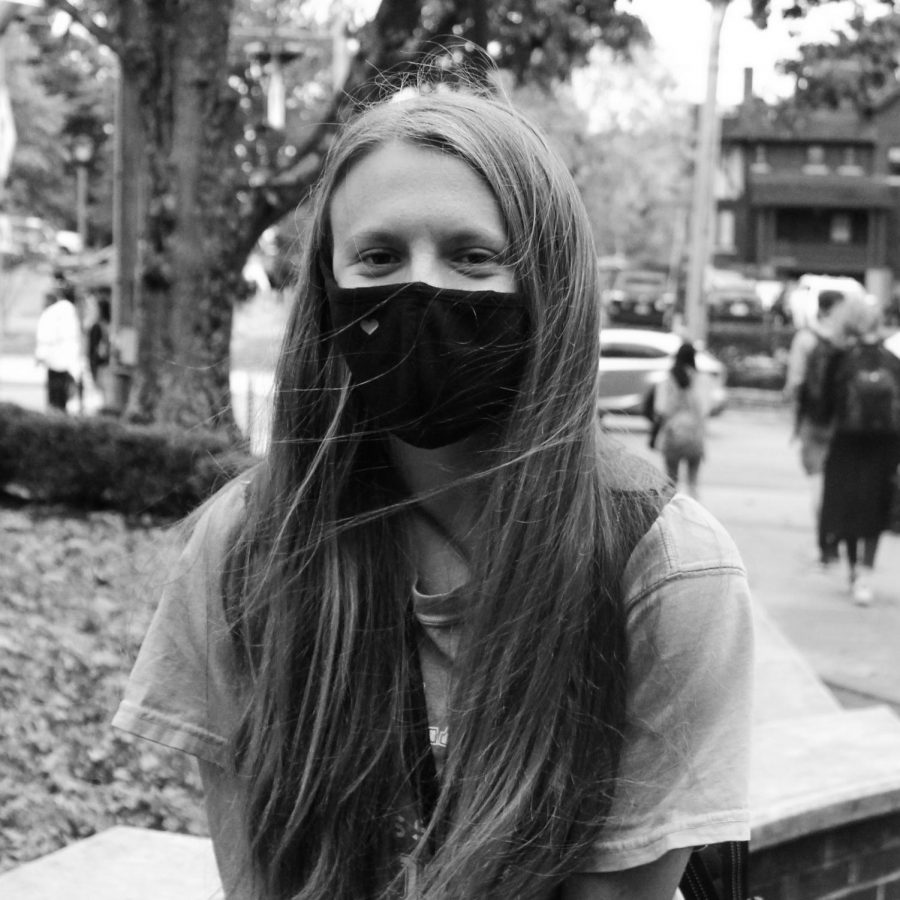 Junior Haley Barton worked through COVID-19 and an injury this soccer season.

The field is just as you remembered. The turf hitting your legs, coming up and into your shoes as you run upon the grass. The sun is set, so the stadium lights shine bright on you and your teammates’ backs. You continue running along the field, following the ball with your eyes. It gets passed to you from your teammate, and you kick the ball into the net, aiming with the side of your foot. But the cheering of the crowd isn’t the same as it was before. There are fewer people than and they’re muffled by masks. You look over to the crowd to see that the crowd is seated far away from each other and the few that are there are people that you know or have seen before, the family of your teammates.

Life just hasn’t changed for the people viewing the soccer game, it’s changed for the soccer player’s themselves. They have to stay six feet away from each other, unless they are wearing masks, making sure to keep social distancing in mind.

Friend and teammate of junior Hailey Barton, sophomore Bianca Hemsath elaborates, saying, “We have to wear a mask to practices and games and are scanned for a fever before participating. Unfortunately, we are unable to have fans that aren’t family members, but I am looking forward to the future seasons when hopefully we can go back to normal.”

The players’ bonding time with each other has also been affected by COVID-19.

“We usually do Big-Sis Little-Sis,” Barton explains. “Our older girls like myself, a junior, would go and give an eighth-grader a gift. It could be like their favorite snack, drink, a little notebook. This year, it has to be closed packages, it can’t be anything like home-baked goods.” This seems to have a big effect on the closeness of the soccer players.

Barton is just like any other junior at Highlands. She lives with her mom, dad, older brother, and two younger sisters. She has been playing soccer since she was three years old, working hard in everything she has done and accomplishing goal after goal. All of that came to a halt, although, during Christmas break, when she tore her ACL.

Barton’s mother, Amber Barton, discusses her daughter’s injury, saying, “She took a bad hit in the closing minutes of a soccer game and as a result, she tore her ACL, and her medial and lateral meniscus.”

This hit resulted in long days of bed rest and intensive physical therapy for Barton. Her injury put her away for months from soccer, keeping her from one of the things that she loves most. Tearing her ACL also kept her away from social activities, like hanging out with friends.

Barton stated, “That injury definitely lowered my self-esteem because when I got back into soccer, I went back in within seven to eight months, and that’s pretty early for ACL injuries because it’s more like nine to twelve. So, it really stressed me out and it made me really anxious all the time. Walking around with my brace made me pretty anxious but my self-esteem was impacted fully. It drained my self-esteem.”

The mental effects of physical injuries are pretty clear, especially in injuries like tearing an ACL. The U.S. National Liberty of Medicine National Institutes of Health’s study shows that this injury has been associated with anxiety, mood disturbance, depression, and decreased athletic identity. Any of these can be a lot for a teenager, especially one who’s already struggling with trying to regain their strength.

The intensive physical therapy and home exercises went on for months after Barton’s her injury. But once she was cleared to play, Barton and her friend Hemsath worked out every weekday morning at Rossford Park. They even trained two times a week with a professional soccer trainer, once things began to go smoothly. After a while, she began to go to practice and games again when they began conditioning on June 15.

Barton’s mother marveled at her daughter’s resilience, saying, “She never let anything stop her from enjoying her time on the soccer field. The doctors originally told her it would be up to a year before she could play soccer. She amazed everyone by being able to come back nine months after surgery. She exercised and pushed through a lot of pain and tears to get to that place back on the soccer field.”