Bluebirdies give it their all at state golf competition, finishing season strong 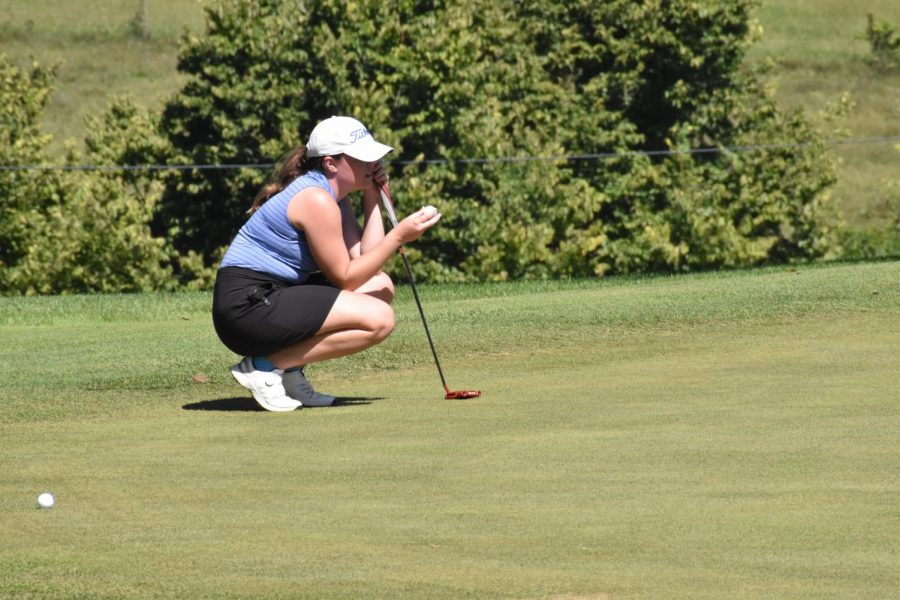 On Friday, October 9, and Saturday, October 10, members of the Highlands girls varsity golf team competed individually at the state tournament. Hosted by the Bowling Green Country Club in Bowling Green, Kentucky, the tournament featured competition between some of the top high school golfers in the state.

Senior Ellie Rowland and Junior KJ Toole both qualified for the state tournament following their finishes at the regional competition. The top seven individuals not affiliated with a state-qualifying team advanced. Toole finished in second place individually at regionals, while Rowland finished in seventh place, securing their spots at the highly coveted event.

Toole’s score of 84 on the first day opened the door for her to compete on Saturday as well, an impressive achievement in and of itself.

Toole ended up finishing the second day of the tournament with a score of 88 and a total gross score of 28 above par, coming in Top 58 overall.

Toole didn’t hold back in her evaluation of her own performance, commenting, “State didn’t go the way I had in mind score wise. The good news is I get another shot at the course next year.” She continued, “This season as a whole, I made some big strides in my golf game.”

Toole will have another chance to win it all at the state tournament in 2021. By then, hopefully other team members will have qualified to join her.

Despite some setbacks, Rowland is also satisfied with her performance throughout the season. She reflected, “I’m very proud of myself and all the girls on the team. I’m glad I accomplished my goals of making it to all-state and state. Even though I didn’t do as well as I had hoped, I really enjoyed this year’s golf season and all of the memories I made.”

Rowland will be the only graduating senior from the golf team this year. Sophomores Elise Brown and Allie Welsh, Freshman Bailey Markus, and Eighth Grader Jenna Richey are up-and-comers on the varsity team.