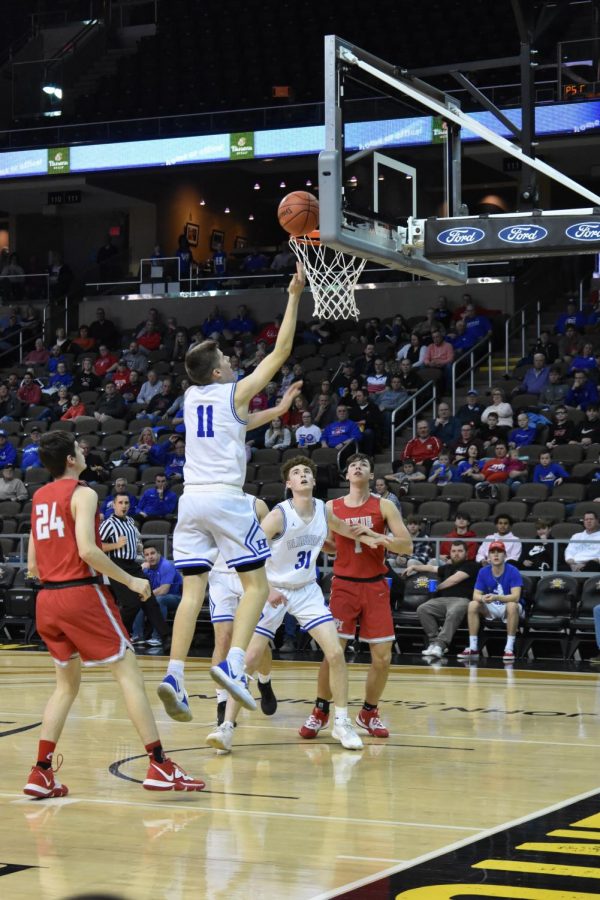 The Highlands Boys Varsity Basketball team lost Tuesday night in a very close game to Covington Catholic High School (Cov Cath). The score, 59 to 54, marked the Birds’ loss in the regional finals, but the boys put up a fight until the end. This season, the Birds came further than they have in 19 years.

The Tuesday night game was a nail-biter for the whole 48 minutes and during the breaks. At half-time, the Birds were down by nine points and people were beginning to lose hope. However, the boys quickly turned the game around, working their way up and only losing by five points.

Even though the boys lost, they, and the rest of the Highlands and Fort Thomas community, are still proud of how well they played individually and as a team.

Senior Jack Delagrange said, “We played well and put ourselves in the position to be successful. It was a really close game with a minute left, and we can’t ask for a much better situation than that.”

The Birds have come together as a family this year, making sure to keep connected in order to be successful.

Senior Hunter Ahlfeld said, “Our chemistry this year is the best we’ve had in the past four years I’ve been on the team. I’m proud that we (the seniors) got to change the culture and keep the guys so close.”

The boys are expected to be even better next year, and the team is excited to get back into action next season with another great year.