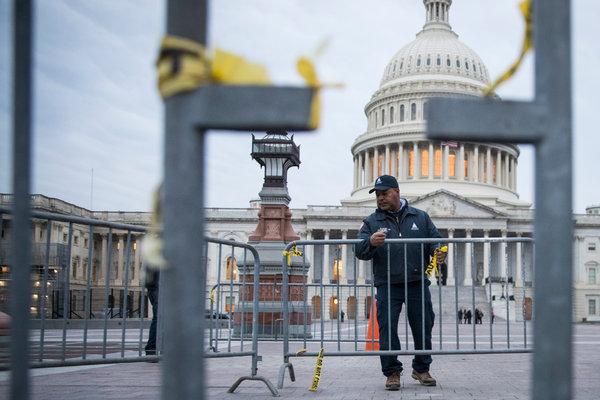 Courtesy of the New York Times

Since the United States Constitution was written in 1787, the federal government has played an integral part in the lives of everyday citizens. From food stamps to healthcare, the government helps citizens be able to live more productive, healthy, and happy lives.

However, there are times that budgets and federal bureaucracy get in the way of the government running as smoothly as it normally does. This results in what is known as a government shutdown.

The first government shutdowns that were ever recorded in the United States were during the Ford Administration, the Carter administration, then the Reagan administration all lasting between 1 to 10 days. Reasons were arguments over the fairness doctrine, welfare package, water/crime fighting packages, foreign aid cuts, MX missile funding, needed spending bills, and cuts in defense.

A shutdown did not occur again until the George H. W. Bush administration when there was a funding gap in the budget. This one only lasted the weekend.

Since the Ford administration, every single president has endured a government shutdown with the Clinton administration having the longest one in 1996 lasting 21 days.

But the big questions that many citizens ask is: What is a government shutdown and how does it affect me or the community?

In United States politics, a government shutdown occurs when Congress fails to pass bills or a budget to fund federal government operations and agencies, or the President refuses to sign into law such bills or resolutions.

When a shutdown like this happens, any government employee that is not deemed “essential” to the functioning of the federal government is furloughed without pay until the shutdown has ended.

Starting in 2018 and continuing into 2019, the government has been shut down for over 15 days. Since there are approximately 2 million federal full-time employees, over half of them have been furloughed which means they cannot go to work during this time and many are being forced to find new sources of income until the shutdown is over. Some of these employees are parents of students at Highlands High School.

Senior Michaela Brown’s father is the manager of the IRS and has been furloughed for approximately three weeks.

Brown said, “My dad has been home and I don’t know when he is going to go back and get paid especially with so many things going on at the beginning of the year. I don’t know how we are going to make ends meet…my mom has a job, but we are worried about living comfortably.”

Brown also added her opinion on the shutdown saying, “I don’t think it is going to do anything except hurt the economic stability of the country.”

Sophomore Lexie Crawford has seen the effects of the shutdown in full force with both of her parents being furloughed from their jobs at the IRS. Her mom does investigative analysis and is considered essential to the government and is still working without pay until the government opens up again, but her father has been completely furloughed and will not be paid. Crawford explained that at her mother’s work, that the heat is turned down affecting the water temperature and the lights are off in some places where people are working.

Her mother will not be getting paid until after the shutdown is over which in turn affects the rest of her family. In the meantime, the Crawford family has had to make hard decisions on things such as food and extra spending money for the time being.

When asked about the shutdown Crawford said, “I think it’s unnecessary. Holding the government hostage for funding Trump won’t receive is irrational. The government needs to open again for the sake of everyone”

As of today, the government shutdown is already the second-longest shutdown in history and is on course to becoming the longest one in history.