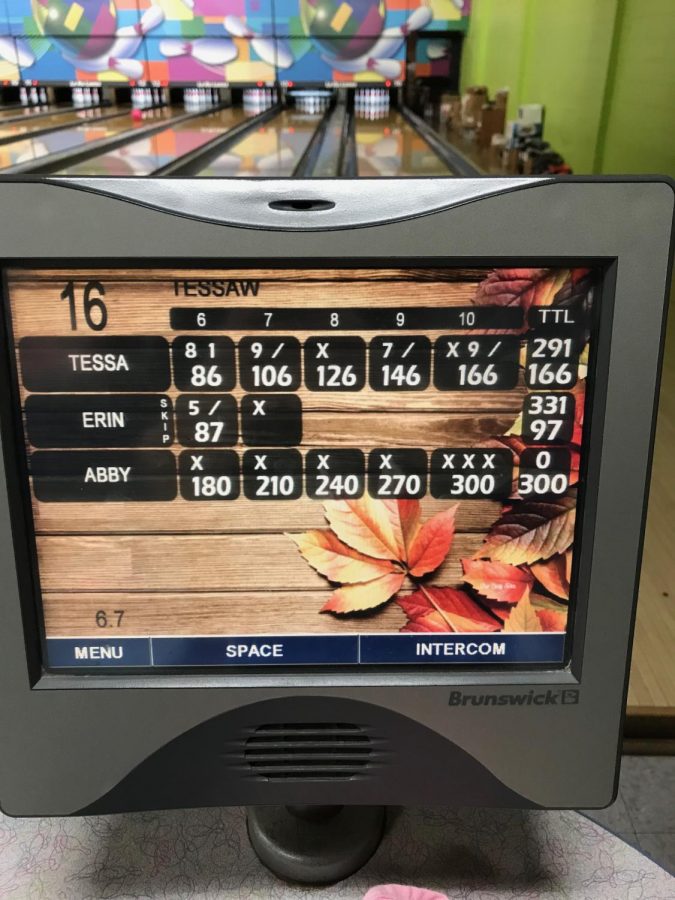 Scoreboard from when Bach finished the round.

On October 15, 2018,  Sophomore Abby Bach became the first female in Highlands High School history to bowl a perfect score of 300.

Bach has been bowling for about ten years however, she didn’t really get into it until she joined the high school team in 7th grade and has been practicing year round ever since. The High school team practices every single Monday, but this Monday was different from the rest.

When she bowled the 300 Bach said, “I was really excited and felt so accomplished. I’ve been working so hard and it all paid off.”

Her teammates were also positive that once practice started, that Bach would finish with the 300. Her teammate Erin Parrott, senior, said, “I knew she would get the 300 because I saw her determination and nobody said anything about it so she didn’t let herself get distracted.”

Bach credits her perfect score to her teammates. She said, “We’re all very close. It’s just like a second family. We bond pretty much just by cheering each other on and lifting each other back up when we’re down. We all push each other to be our greatest.”